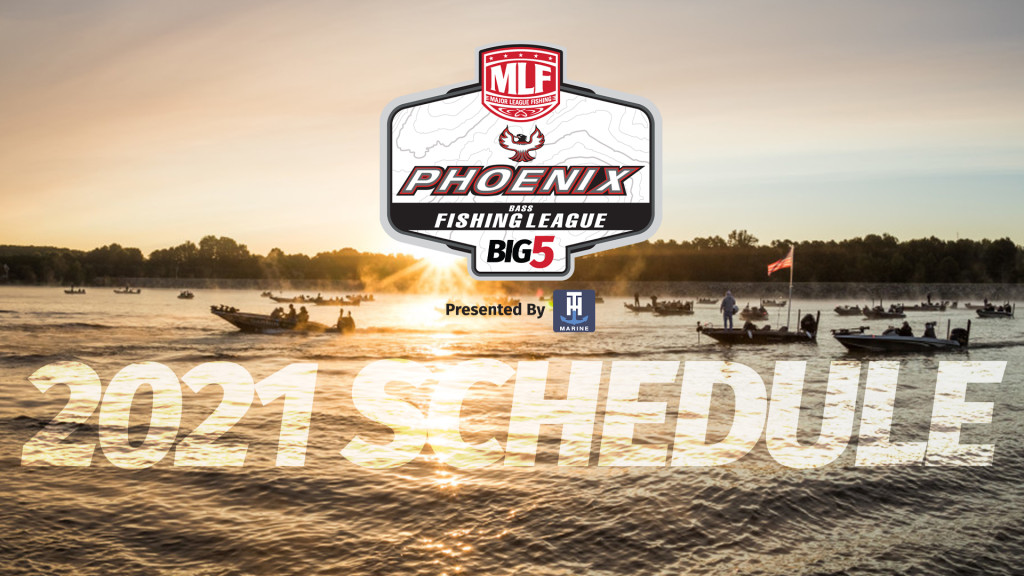 The Bass Fishing League is the only circuit where anglers can fish close to home with opportunities to advance to nine no-entry-fee championships, including the All-American and Toyota Series Championship, for a shot at winning top boater awards of $120,000 and $235,000, respectively.

“We pride ourselves on providing the absolute best tournaments for the lowest cost of participation available anywhere,” said MLF BIG5 Senior Director of Tournament Operations Daniel Fennel. “The Bass Fishing League has a rich history of providing a competitive outlet for weekend bass anglers and launching professional careers. That tradition is stronger than ever as we enter the 2021 season with more than $8.3 million in awards on the line for Bass Fishing League anglers.”